What Was Our Vision is a series of 16 mixed-media works on paper that I have developed based on visual research into the belief systems of the Ancient Near East. My search for meaningful connections to the history of Judaism led me to explore the iconography and earth-based belief systems of the Ancient Near Eastern cultures from which early Judaism developed. With these images, I imagine what visions my ancient ancestors may have had as they traveled desert landscapes as nomads and cultural go-betweens. The drawings were each created in an improvisational process, allowing the imagery to coalesce as I developed meaning from each new element added to the page. Some of the symbols and imagery used in these works are taken directly from reproductions of ancient artwork. These symbols include the Winged Disc as a representation of the Sun, the Sacred Mountain, the Tree of Life, the Chamsa or Hand of Fatimah- a protective symbol of the eye in hand, and the Asherah, an ancient goddess figure from Israel/Palestine. 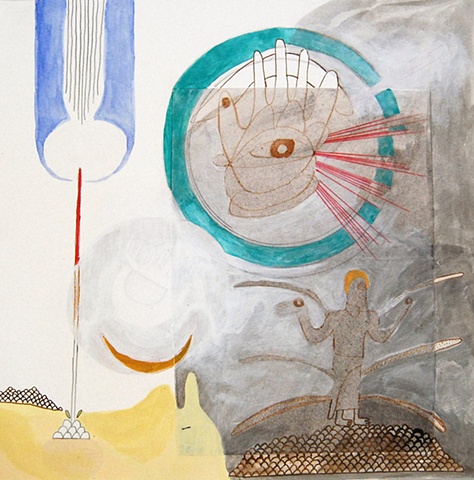 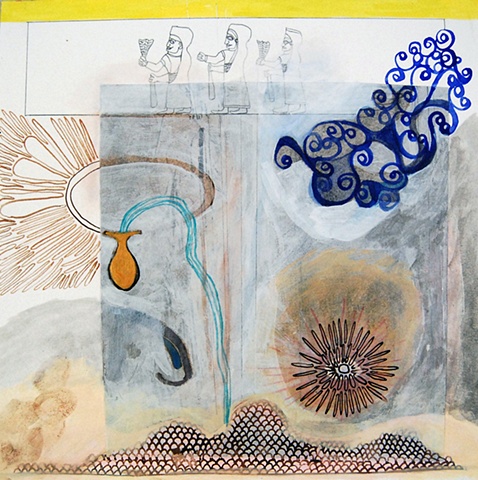 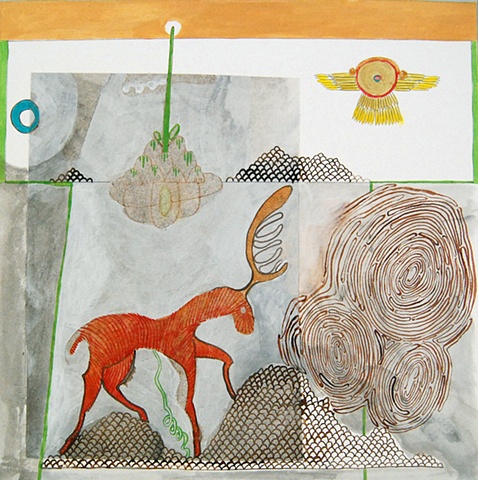 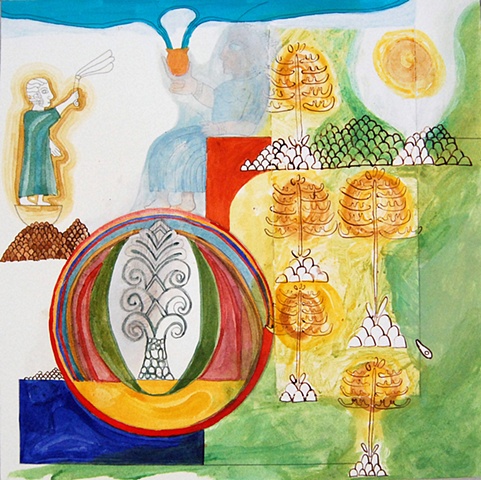 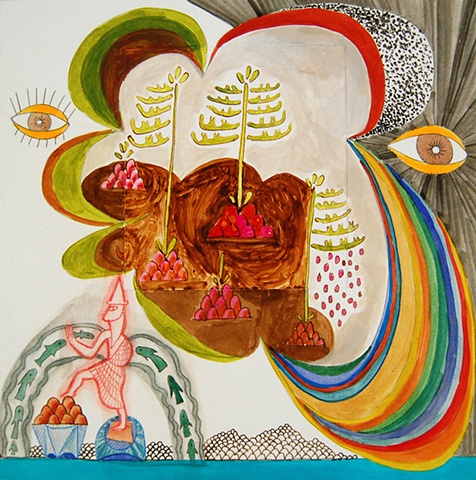 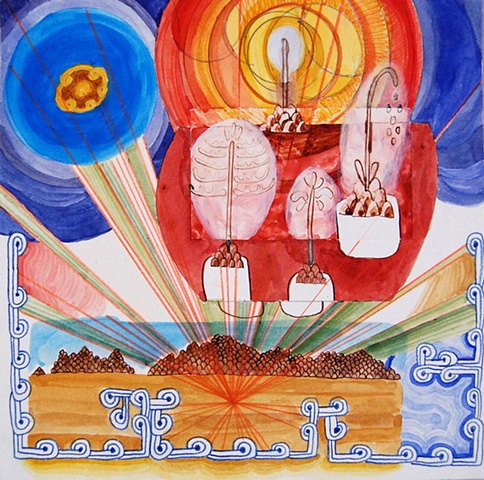 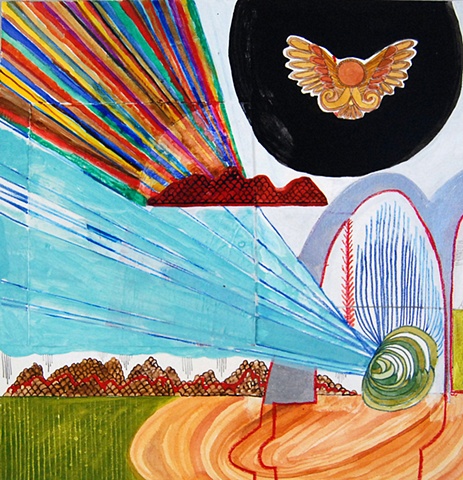 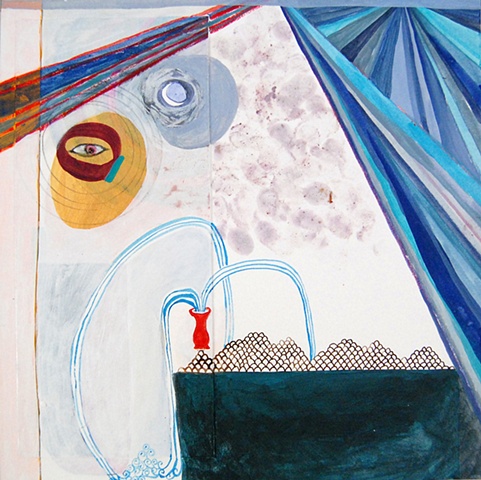 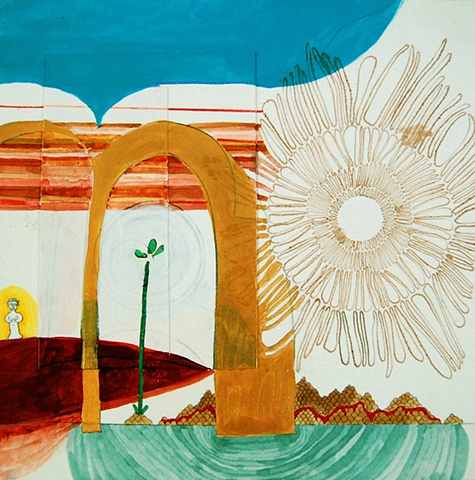 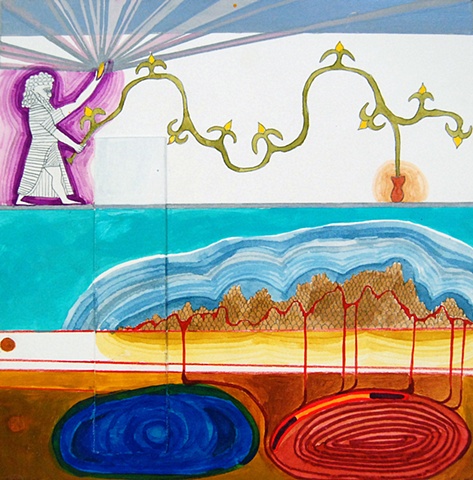 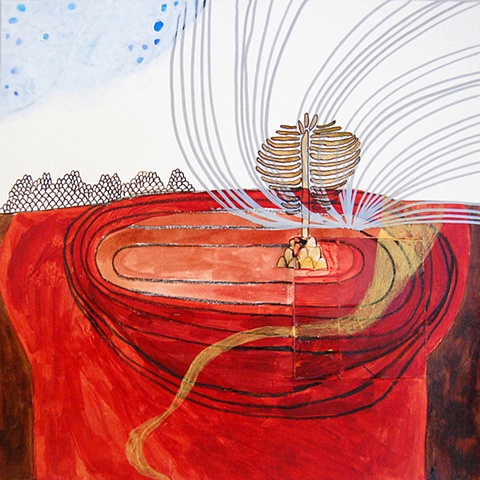 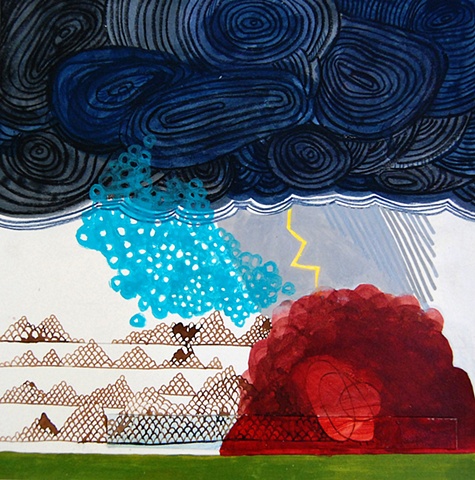 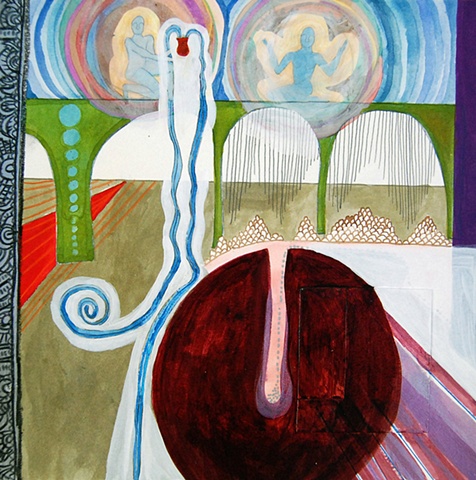 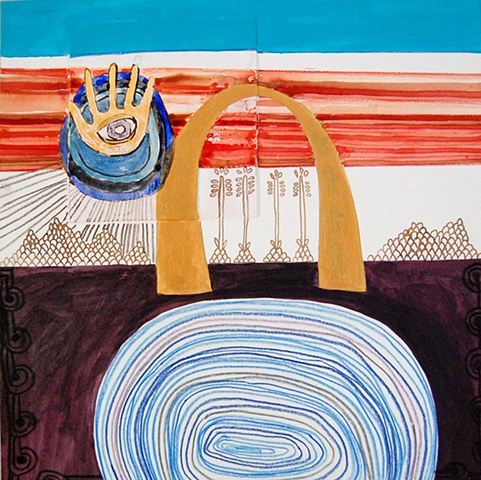 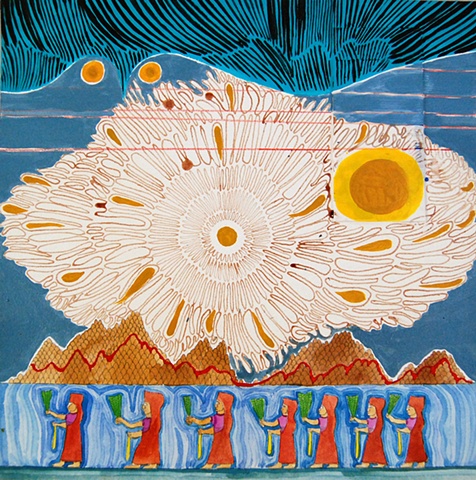 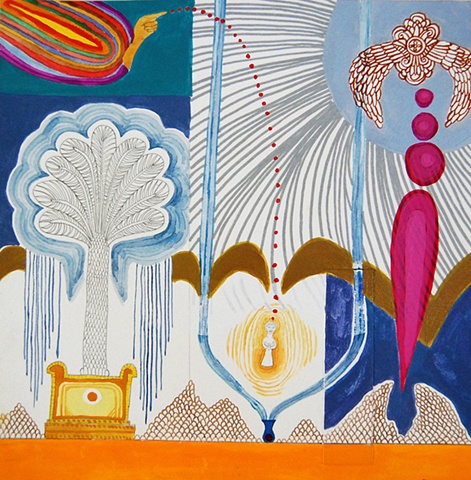